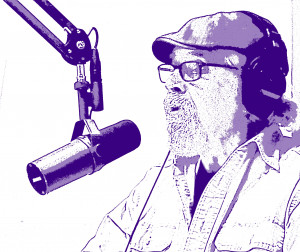 Community-Engaged Policing: Bill Resnick interviews Elliott Smith and Taji Chesimet co-chairs of the Portland Committee on Community-Engaged Policing. They’ll be discussing replacing police as first responders to the problems of houselessness, mental health emergencies, school disorder, minor drug use, and violence prevention. Responding instead with workers trained in defusing conflict and supporting people in distress have been found to have far superior results and greatly reduce police violence, especially against people of color.

Iraq, Portland Police and the Feds: Desiree Hellegers interviews Dan Handelman of Peace and Justice Works and Portland Copwatch about the 18th anniversary of the U.S. war on Iraq  and the ongoing struggle to get the City of Portland to withdraw from the Joint Terrorism Task Force.

The Left and the Law: The Manhattan District Attorney’s office is moving ahead with the criminal investigation of Donald Trump for unlawful business practices. Jan Haaken and Mike Snedeker talk about the case and why it’s important for the government to prosecute Trump, as well as what can be learned from earlier political trials of criminally corrupt politicians.

Update Required To play the media you will need to either update your browser to a recent version or update your Flash plugin.
Download audio file
Topic tags:
Activism, Movement for Racial Justice, Civil Rights/Human Rights, Government/Politics, Law/Court/Crime, Police