Old Mole Variety Hour and the International Day of Democracy

To thank the generous supporters of community radio in Portland, the Old Mole Variety Hour is sponsoring gift prints of one of Bette Lee’s photos to 10 lucky listeners who contribute during KBOO’s 2021 fall membership drive. To view Bette’s photos and learn details about the photo give-away, visit Thirty Years in the Streets of Portland: the Activist Photography of Bette Lee. 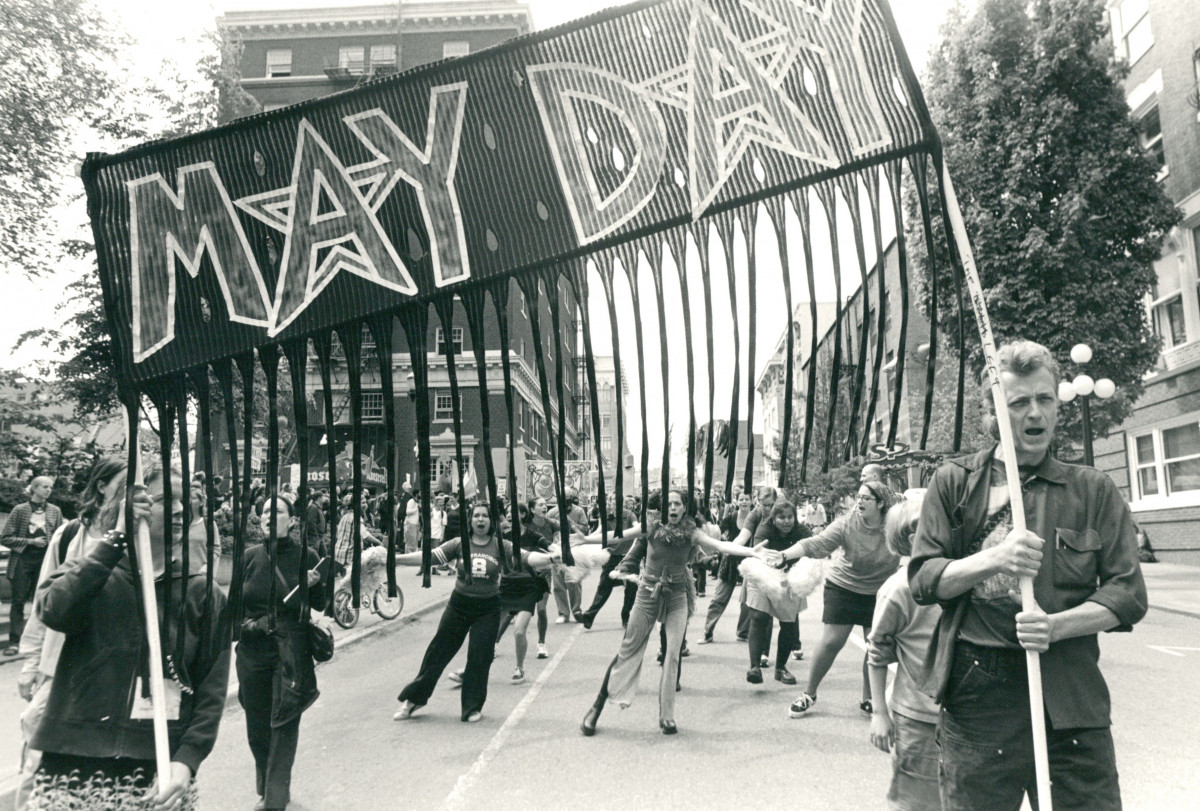 The Monster Who Came up the River: Native peoples hold rich traditions of storytelling, passed on by elders from one generation to the next. These stories speak of resilience, wisdom, and lessons in survival, but they also offer cautionary tales. In this special program, documentary filmmaker Jan Haaken speaks with Don Sampson, Peo-peo-mox-mox Chief of Walla Walla peoples, former chairman and executive director of the Confederated Tribes of the Umatilla Indian Reservation, and current climate change project director for the Affiliated Tribes of Northwest Indians. Sampson reflects on the role of Native storytelling in responding to the climate crisis and in educating on climate issues. The program pays special tribute to beloved departed Umatilla storyteller Esther Motanic with a reading of "The Monster Who Came Up the River" and discussion of her life and work. Haaken and Sampson talk about why this story was selected to be included in a documentary film currently near completion, titled "Necessity Part II: Rails, Rivers and the Thin Green Line," directed by Haaken and Associate Produced by Cathy Sampson-Kruse (Waluulapum Band of the CTUIR), who is also featured in the documentary. This piece was produced by Lily Sheoships for KCUW Radio – Umatilla Reservation Community Radio. It was edited for the Old Mole by Denise Morris. Artwork which accompanies the narrated story was created by Asa Wright (Klamath Tribes).

How do we know that Another World is Possible? In this episode of our regular series, AWP, Norm Diamond reflects on life, language and organizing among a Native American people. Language in particular both shapes and reflects the ways we think about the world and its possibilities. Can you imagine a world in which everything, from other people to all facets of nature, is thought of as an equal participant in every interchange, and never simply an object to be acted on? There are peoples and cultures that think and live this way, their languages reinforcing a more democratic and earth-friendly vision and way of life. We’ll look at one such people.

Thirty Years in the Streets: If you’ve been to a protest during the past three decades, you’ve probably seen her, the short, slight woman behind the camera, always in the thick of things, documenting the resistance that Portland is famous for. Patricia Kullberg interviews Bette Lee about her decades of photographic work and its significance for Portland's activist community. This interview originally aired on August 9, 2021. Bette can be contacted at leebette@gmail.com. To see Bette's photos and read her reflections visit: Thirty Years in the Streets of Portland: the Activist Photography of Bette Lee.

Update Required To play the media you will need to either update your browser to a recent version or update your Flash plugin.
Download audio file
Topic tags:
Activism, Arts/Culture, Environment/Climate, Indigenous