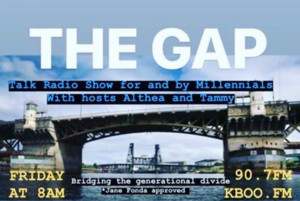 On this episode of the Gap, Tammy and Althea discuss two interesting articles that came out this week, with a common theme: private businesses filling in where local government has gaps. First we discuss Willamette Week's Ridwell article. (Find our talk with Ridwell's GM here) Turns out city trash haulers are disgruntled about Ridwell taking up some marketshare, and that they don't have to follow the same regulations from the city. It's understandable, but just because it’s for people who can pay an extra $12 a month, doesn’t mean it’s a net negative. Isn’t it better that their plastic film, clam shells, batteries and bulbs get recycled or reused? They're also pushing the city to consider expanding their recycling options for consumers

Then, we discuss a three-part investigation by OPB into Echelon, a private security firm operating primarily in Old Town. OPB uncovered how Echelon kept tabs on the local homeless community, and used its influence in city government to get camps swept. From the article: “Over a hundred pages of police records reviewed by OPB show that, in the last year and a half, Echelon guards have batoned a homeless woman and torn apart a homeless camp without reporting the incidents, tried to kick sleeping campers off a public sidewalk without legal grounds to do so, and repeatedly made demonstrably false statements to law enforcement. The Multnomah County District Attorney’s office will no longer bring charges in any criminal case that hinges on testimony from Echelon guards without substantial evidence that can “assure the accuracy of their statements.”

We discuss the intricacies and layers of this company, its dealings and how it interacts with city government. Plus, we hear some great perspective from our callers!

KBOO is in our End of Year Drive! We're trying to raise $45,000 by December 31st. Want to help us out? Click on the donate button at the top of this page or text KBOO to 44-321. Your support means great radio, conversations and music can continue into the fuure. Thanks!