Why Oregon Must Divest from Fossil Fuels 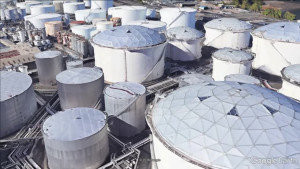 When it comes to tackling the climate crisis, there are already plenty of reasons for Oregonians to take pride in our state. Earlier this year, the Legislature passed three clean energy bills focused on energy affordability and climate-smart housing. In 2018, Portland also passed the first municipal clean energy fund in the United States. But unfortunately, the Oregon Treasury refuses to divest from $130 billion of the state’s investment portfolio, that is invested in oil, gas, and coal companies responsible for our climate emergency.

On this episode of Locus Focus we talk with two members of Divest Oregon, Susan Palmiter and David Labby, about the Treasury Transparency Bill in front of the Oregon Legislature this month which would require Oregon to disclose its investments in fossil fuels.