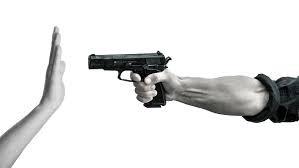 Norm Diamond hosts this episode of the Old Mole, which includes the following segments:

Guns, Violence, and Justice: In their Left & the Law segment, Jan Haaken and Mike Snedeker discuss recent upsurges in gun violence in Portland and elsewhere, beginning with the shooting of protesters and the murder of racial justice activist June Knightly in Northeast Portland on February 19th. Jan and Mike review how this story unfolded through the media and how activists were effective in countering the misleading police narrative in the initial framing of the incident. They discuss potential lessons to be drawn from such tragic events, from suits against gun manufacturers to how we might assess progress in prosecution of police and other perpetrators of racist violence.

Old Dog, New Tricks: For the final day of Black History Month, Norm Diamond examines Robert Paul Wolff’s Autobiography of an Ex-White Man, an extraordinary book by a distinguished activist professor who, late in his career, was invited to join an Afro-American Studies Program and began to realize all that he’d not understood about American history and society until he learned it from a Black perspective. This episode of Another World Is Possible is called “Old Dog, New Tricks.”

Who will own the sun and wind? (Part Two): Today across the planet two familiar forces — corporate capital and the broad left — are furiously contesting for the resources and authority to direct the mobilization necessary to restore a habitable planet in the little time that remains. In part one of this two part interview, Mole Bill Resnick spoke with M.V. Ramana, a physicist and energy researcher. They examined corporate plans, critiquing their reliance on nuclear power and natural gas, unproven technologies like carbon dioxide capture, market mechanisms like offsets, and geoengineering. They also discussed the left’s energy program — community energy networks that are far faster to construct, far less expensive, and far more reliable than the corporate systems. Public and democratically run, they are very popular in areas where they exist. Today Bill Resnick continues his discussions with Dr. Ramana on how the left might prevail in the struggle. Part one of the interview is available here: Who will own the sun and wind?

Pirate Jenny: Our music for today’s program compares powerful English-language versions of “Pirate Jenny” from the Three-Penny Opera by Kurt Weill and Bertolt Brecht. Marianne Faithful stays faithful to the German original, while Nina Simone converts the song into a lament and revenge fantasy about Black women’s experience.