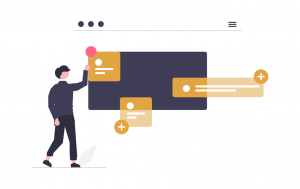 On this episode of the Gap, Tammy and Althea have a news round-up for ya, starting with Defunding Disinformation. The nonprofit CheckMyAds.Org is working to pull online advertisers away from extremist and right-wing sites. Their next project? Fox News. Then we talk about Facebook royally failing a test to not put out hateful and violent ads out in Ethiopia.

Locally, New Seasons has hired Trump-affiliated right-wing union-busting lawfirm Ogletree Deakins to fight workers at two stores who are trying to unionize. Not so fresh and organic!

We then touch on some of the findings in last night's House Select Committee public hearing on the January 6th insurrection.

In our second half, we ask our listeners, what's a self-help book that actually helped you? And you answered! Here are the titles that listeners brought up:

Don't Sweat the Small Stuff for Teens: Simple Ways to Keep Your Cool in Stressful Times by Richard Carlson

One Day in the Life of Ivan Denisovich by Aleksandr Solzhenitsyn

Johnny Got His Gun by Dalton Trumbo

What to say when you talk to yourself by Shad Helmstetter

How to Win Friends and Influence People by Dale Carnegie

You Mean I'm Not Lazy, Stupid or Crazy?!: The Classic Self-Help Book for Adults with Attention Deficit Disorder by Kate Kelly and Peggy Ramundo

The Denial of Death by Ernest Becker

Update Required To play the media you will need to either update your browser to a recent version or update your Flash plugin.
Download audio file
Topic tags:
Activism, Community Building, Government/Politics, Women