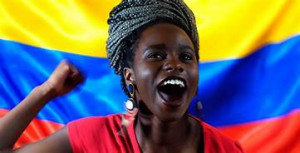 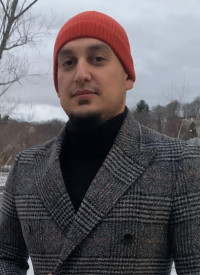 Ocampo is a researcher for the Program on Inequality and the Common Good at the Institute for Policy Studies in D.C.

Today's guest, Omar Ocampo, is a researcher for the Program on Inequality and the Common Good at the Institute for Policy Studies in D.C. His research interests include wealth inequality, economic democracy, and Colombian-Venezuelan politics

Former M-19 guerilla member Gustavo Petro won as the first leftist President of Colombia and Afro-colombian environmental activist Francia Márquez Mina became the country’s first Black vice president in elections on Sunday. The victory follows on the November 2021 Honduran election of leftist president Xiomara Castro, and just weeks later, left-winger Gabriel Boric won the 2021 Chilean election. They are part of what some call a second "Pink Tide," which also includes Alberto Fernandez in Argentina, Luis Arca, following on Evo Morales in Bolivia, Mexico'a Manuel Lopez Obrador, Laurentino Cortizo in Panama and Peru's Pedro Castillo. The first, or beginning of, the "Pink Tide" was kicked off by the election of Hugo Chavez in Venezuela in 1998, followe by a wave of conservative reaction.

Petro and Marquez won with over 50% of the vote, defeating right-wing real estate millionaire Rodolfo Hernández. According to Democracy Now, which featured the election on their Tuesday, June 21 program,  the pair will now face a major challenge to pass legislation in the conservative Congress, where they lack a majority. “The hurdle has been overcome by winning the election, but the main hurdle, the establishment, cannot be changed by the government; it has to be changed from the people, by the people,” says Manuel Rozental, Colombian physician, activist and grassroots organizer and Democray Now guest.