Hannah Versus the Tree by Leland de la Durantaye 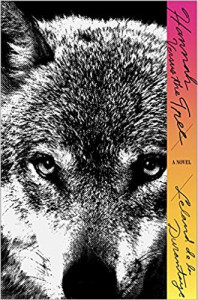 Leland is a critic, translator, and professor of comparative literature at the Claremont Colleges. His journalism and criticism have appeared in The New York Times, The London Review of Books, Bookforum, Artforum, and The Believer. Leland’s translation of the Jacques Jouet novel Upstaged was a finalist for the 2012 PEN Best Translated Book Award.

In the words of literary critic James Wood, “Hannah Versus the Tree is unlike anything I have ever read—thriller, myth, dream, and poem combined.”

And Amy Hempel writes: “"Betrayal and vengeance have rarely been so elegantly rendered as in this searing novel.”

Update Required To play the media you will need to either update your browser to a recent version or update your Flash plugin.
Download audio file
Topic tags:
Arts/Culture, Family, Fiction, History, Sexuality, Women
Genre(s):
Arts and Culture, Spoken Arts