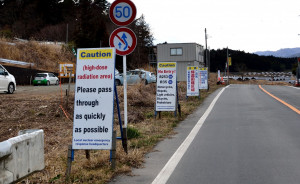 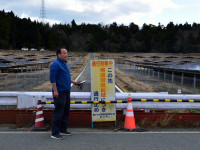 Nuclear Hotseat is a weekly program on nuclear issues… from a different perspective.  The show is produced and hosted by Libbe HaLevy, a survivor of the nuclear accident at Three Mile Island from just one mile away.  It has been in continuous weekly production for nine years, is downloaded in 123 countries, and is syndicated to non-profit and community radio stations  through Pacifica Audioport.  More than 450 episodes of the show can be found at: www.NuclearHotseat.com.

Libbe HaLevy is producer and host of Nuclear Hotseat, the weekly international news magazine on all things anti-nuclear, since June 2011. She has been a TEDx speaker, an Amazon #1 Bestselling Author, hosted rallies, and led media workshops at anti-nuclear conferences around the country.

Takeshi Yamakawa is a reporter and editor, part of Tokyo Shimbun’s Nuclear Power Reporting Team. He has been covering Fukushima since the earthquake and tsunami of March 11, 2011.  He’s interviewed in Japanese by Nuclear Hotseat investigative reporter Yuji Kaneko.