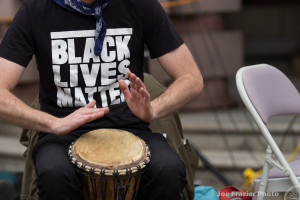 Links here go to pdxactivist.org, "a collaborative community calendar ... to move information about activism and resistance in Portland out of corporate silos like Facebook. This is a place to share ... events ... open to public participation."

Is your event here? Contact me if it isn't!

More info on the Resistance Calendar below

Check out our weekly podcast/blog, posted on Fridays, at kboo.fm/resist or

The NAACP Portland Branch urgently needs you to contact the Mayor and City Council. Portland City Council has scheduled a hearing on the Department of Justice Settlement Agreement amendments for Thursday August 3, 3:10. More info, context and contact information is on the NAACP Portland facebook page or you can download it here, but, suffice to say - these amendments eliminate the role of community voice and oversight of the Portland Police and were developed in secret between the City, the Department of Justice, and the Portland Police Union. It is critical that we rally as a community to resist this action.

There are three action items:

Whose Streets? film screening about Ferguson
The Hollywood Theatre

Under the Influence: All Trumped Up
Funhouse Lounge, 2432 SE 11th

Reframing Racism: Learning that Leads to Action Professional Development Workshop
9am through Thursday, August 3 at 5pm Center for Equity and Inclusion, 5757 SW Macadam

How To Get Immigration Help From Your Congressional Representatives
6:30pm Centro Cultural de Washington County, Cornelius

From Portland to Charlottesville: We Will Not Back Down
8:30–11am Multnomah County Justice Center, 1120 SW 3rd

Stop Police Brutality: Am I Next?
6–9pm Terry Schrunk Plaza

Aug. 21-27 Support Black-Owned Restaurant Week, Portland, OR
6am through Sunday, August 27 at 11pm all over Portland - http://iloveblackfood.com/pdx-directory/

Insights from the Outside: Envisioning how our neighborhoods can serve everyone, including the houseless, better
6-8pm Jade/APANO Multicultural Space -JAMS, 8114 SE Division

The Black Panthers: The Vanguard Of The Revolution (With DJs after)
7:30pm Gil's Speakeasy, 609½ SE Taylor

This is a Black Spatial Imaginary, two performances and whatnot
3–4:30pm Paragon Arts Gallery, 815 N Killingsworth

We try to keep the KBOO PRC resources up-to-date. However, with the volume of events we find, the most up-to-date versions of our collection of events are on https://pdxactivist.org/ and/or our facebook page, Portland Resistance Calendar.

We are not affiliated with the folks who create and maintain pdxactivist.org (though some are KBOO volunteers) - we just love their calendar and its ease of use.

As always, many thanks to Ismoon who uses her librarian powers for good (and finds the vast majority of these events), and to Joe Frazier who kindly lets us use his great photos.