Film at 11 Investigates the Life of Sherlock Holmes this week, October 22, 2021 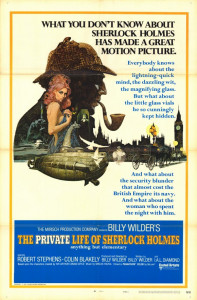 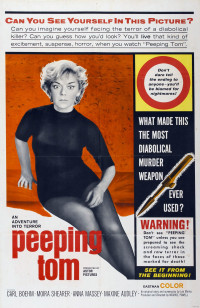 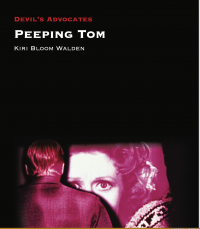 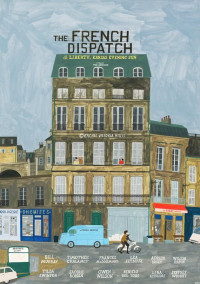 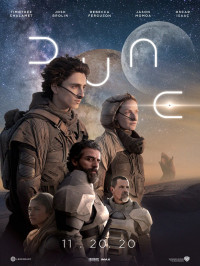 This week, we take a literary look at the screen, with Joe Witt and Stephen Hood of Belmont Books on Dune and The French Dispatch, plus some comments on The Last Duel and Halloween Kills, while  Jeff Godsil appraises Billy Wilder's masterpiece The Private Life of Sherlock Holmes, with music by Miklos Rozsa, and in the book corner, a new monograph on Michael Powell's career-killing suspense melodrama, Peeping Tom.

Michael Powell along with his team mate Emeric Pressburger had produced some of the best films in England during and after WWII, including The Red Shoes and Black Narcissus, but after their partnership went into hiatus Powell’s made the thriller Peeping Tom, about a young, damaged photographer in the film business in London who has a side gig carrying on his demented father’s experiments on fear, in his case, photographing women who fall under his knife.

Powell may have thought he was making a interesting story with psychological aspects of terror and with an opportunity to make sly in jokes about the British film industry. Unfortunately, when the film was in previews, the daily papers turned on it, decrying its vulgarity, its cheapness, and so forth. Reviewers were demanding that it be flushed away for all time. They ot their wish. Though trade papers and indeed some of the dailies commented on how well-done the film was technically, the film received little circulation, didn’t get much of an opening in the United States, and Powell made only three more movies, two of them in Australia.

One of the big mysteries is: Why? What exercised the minds of these middle brow British journalists?

Peeping Tom by Kiri Bloom Walden goes a long way toward answering this question, thought sometimes between the lines.

After a plot summary the book offers five chapters:

2 The making of the film,

3 Peeping Tom and the American teen slasher film, with comments by Laura Mulvey, Carol Clover, and Julia Kristeva, and with an emphasis on the POV shot. This is perhaps the most obvious section because the research dates back to the 1970s, doesn’t offer too much that is new, and forsakes a deeper look into why the POV camera work took over the slasher teen film and why people even like that genre in the first place. The shaky POV cam seems to have started with Bob Clark’s mid-‘70s horror film Black Christmas, though it’s possible that the format goes back to later-forties films such as boy-that-cried-wolf movie The Window and later the Sniper.

4 The film’s similarities to Hitchcock’s Psycho, which illuminates the differences between two directors of similar backgrounds taking on similar topics, but in different cultural contexts,

5, Its legacy, especially Martin Scorsese’s revival of the film and the career of Powell in general.

So what caused the sturm und drang over Peeping Tom.

First, movies had changed out from under Powell. The realist style of the kitchen sink tales of lower class British people with their grimy black and white seemed more realistic than the extravagant color schemes of Peeping Tom, in which even real locations (such as the first one in the film) seemed like sets.

Second, the rise of Hammer horror films had created something of a backlash against both horror movies and teen culture that flocked to them.

Third, Powell was viewed as a prestige director such as David Lean who was slumming, cashing in, being cynical, and crass, something of a misunderstanding of his work which has always drawn on the supernatural, the psychologically perverse, and the visually extravagant.

Hey, and today the film is not at all as bad as they said!

Now that it is Hallowe’en again, 62 years later, perhaps it is time to give Peeping Tom another chance.