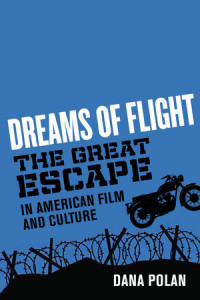 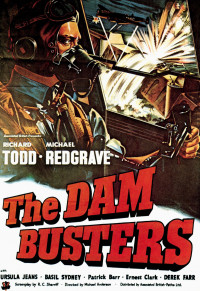 Today, we offer Jeff Godsil on Mysterious Island, Matthew of KBOO's Gremlin Time on The Dam Busters, and in the book corner a new account of the making and meaning of The Great Escape.

Take The Godfather. The movie does not exist in a vacuum. First there was the Mario Puzo novel, but before that, there were real stories about certain Mafiosi. Then there was the production history, a tale itself now about to be turned into a TV mini-series, and which is a part of the film’s lengthy afterlife, which includes sequels, parodies, Mafia knock off films, books about The Godfather, and the role of the film in the culture, especially some of its lines of dialogue.

That’s just one film among thousands, if not more. It seems as if no movie doesn’t have a “making of” book in it. The latest and one of the best is Dreams of Flight: The Great Escape in American Film and Culture, by Dana Polan, from the University of California Press. Mr. Polan professes film at NYU, and had already written books on the Lego movie, the history of film studies in the United States, and two volumes in the BFI series, In a Lonely Place, and Pulp Fiction.

Dreams of Flight comes across as a BFI monograph, but three times as long and four times as detailed.

Even the endnotes are fascinating, and a must read. There are the usual quote citations, but also lengthy additional material that can go on for a page or more. For those who like to go down to the molecular level, there is even more fascinating material here as in the main text.

Surprisingly, we learn that ultimately The Great Escape is something of a downbeat film, not unlike Billy Wilder’s Stalag 17. For one thing there are numerous bad events in the course of the film, and the results of escape itself provokes the James Garner character to ask at the end, "was it worth it?” He receives an equivocating answer. I just the film can be interpreted as both antiwar and exemplary of bravery during war.

Professor Polan also explores The Great Escape and other POW films in the context of prison as a metaphor for life or existential crisis. Here is a relevant excerpt, which shows the range of his references:

Dreams of Flight makes a fine companion to Geoff Dyer’s great book on Where Eagles Dare, which we talked about last year.