What's Up with ODOT 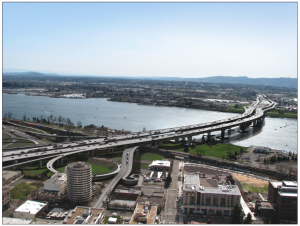 The Oregon Department of Transportation, known to its friends as ODOT, has been displeasing lots of people, whether it’s for their excessive postfire logging along the Santiam Highway last year, or their latest deceptively named proposal to expand Interstate 5, disguising it as a bridge replacement.

On this episode of Locus Focus we talk about what’s really going on with ODOT and what determines the department’s decision making, with urban economist Joe Cortright, who runs City Observatory, a website and think tank devoted to data-driven analysis of cities and the policies that shape them.

Joe Cortright is President and principal economist of Impresa, a consulting firm specializing in regional economic analysis, innovation and industry clusters. Over the past two decades he has specialized in urban economies developing the City Vitals framework with CEOs for Cities, and developing the city dividends concept.

Joe’s work casts a light on the role of knowledge-based industries in shaping regional economies. Prior to starting Impresa, Joe served for 12 years as the Executive Officer of the Oregon Legislature’s Trade and Economic Development Committee.

Update Required To play the media you will need to either update your browser to a recent version or update your Flash plugin.
Download audio file
Topic tags:
Community Building, Economy, Energy/Natural Resources, Environment/Climate, Government/Politics