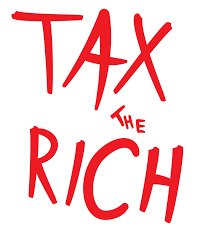 Taxes are the price of civilization. Political theory understands that taxes pay for the public institutions that protect society from capitalism’s single-minded drive for profit, which generates extreme inequality and environmental destruction. Today the capacity of the state to function effectively is in doubt. And the rich, who have pushed through laws and regulations that have reduced their taxes, couldn’t be happier. Recently Ron Wyden of Oregon and the Biden White House have introduced modest but meaningful tax increases on the super-rich, arguing that they will pay for a great expansion of renewable energy and a head start on saving the planet. None of the bills are likely to pass, as the world goes meaner and hotter. Today Bill Resnick talks to Juan Carlos Ordonez of the Oregon Center for Public Policy, who get specific about why so many hugely profitable companies pay no taxes and what should be done about it.

Update Required To play the media you will need to either update your browser to a recent version or update your Flash plugin.
Download audio file
Topic tags:
Class, Government/Politics