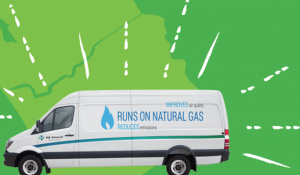 For decades we have been sold the story-line that natural gas is the best and cleanest fuel for cooking and heating. More recently the gas industry has been promoting gas as a bridge fuel to a renewable future and even arguing that so-called renewable natural gas is a green fuel itself. But in recent years studies are showing that methane is a destructive greenhouse gas and that leaks from gas appliances pose serious health risks. Now there are burgeoning alternatives to gas appliances: electric heat pumps and induction stoves. And that poses a direct threat to gas utilities such as Northwest Natural, who fears that if customers develop negative opinions of gas as an energy source that will affect the company's bottom line.

On this episode of Locus Focus we talk with Melanie Plaut, with Oregon Physicians for Social Responsibility's Healthy Climate Action Team, about the dangers of gas appliances and the mendacity of the gas industry which much like the tobacco industry, is trying to hide the health and environmental threats their industry promulgates.

Melanie Plaut started her organizing work after retiring from a career in OB/GYN practice. A PSR member for decades, she became more involved with their Healthy Climate Action Team because of the urgency of the climate crisis. Most of Melanie’s work now centers around fossil fuel resistance, and she was the vision behind the 2019 Vigil at Zenith, where people gathered outside of the facility to pressure the company to cease tar sands shipments.

Update Required To play the media you will need to either update your browser to a recent version or update your Flash plugin.
Download audio file
Topic tags:
Activism, Community Building, Energy/Natural Resources, Environment/Climate, Government/Politics, Health