The Fog of War: Ray McGovern on the battle of disinformation over Ukraine 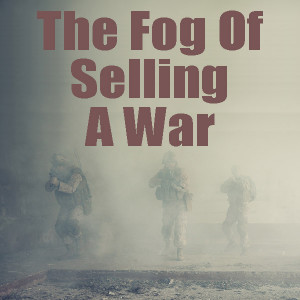 Ex-CIA officer McGovern is highly critical of the U.S. position on Ukraine and Russia

Today's guest, Ray McGovern, has been fighting U.S. disinformation on its foreign policy, wars and military since leaving the CiA, where he worked as an analyst from 1963 to 1990, and in the 1980s chaired National Intelligence Estimates and prepared the President's Daily Brief (wikipedia). His post-retirement work includes commenting for Consortium News, RT, and Sputnik News, among other outlets, on intelligence and foreign policy issues. In 2003 he co-founded Veteran Intelligence Professionals for Sanity (VIPS).

After retiring from the CIA, McGovern became a commentator on intelligence-related issues from the late 1990s onwards.[10] He was heavily critical of the government's handling of the Wen Ho Lee case in 2000.[11] In 2002, he was publicly critical of President George W. Bush's use of government intelligence in the lead-up to the war in Iraq.[12]

In 2003, together with other former CIA employees, McGovern founded the Veteran Intelligence Professionals for Sanity (VIPS).[13] The organization is dedicated to analyzing and criticizing the use of intelligence, at first concerning the Iraq War.[2]

In the same year, McGovern confronted Donald Rumsfeld openly and live-broadcast by CNN interrogating him about his lies concerning weapons of mass destruction,[14] a dispute later called the "vivisection of Donald Rumsfeld" by Keith Olbermann.[15]

In January 2006, McGovern began speaking out on behalf of the anti-war group Not in Our Name. According to the group's press release, McGovern served symbolic "war crimes indictments" on the Bush White House from a "people's tribunal."

In 2006, McGovern returned his Intelligence Commendation Medal in protest at the CIA's involvement in torture.[2] He commented, corruption had run amok in intelligence circles and the president should be impeached.[16]

On October 9, 2013, McGovern, along with three former winners, gave the Sam Adams Award for integrity in intelligence to Edward Snowden in a Moscow ceremony.[17][18]

In September 2015, McGovern and 27 other members of VIPS steering group wrote a letter to president Barack Obama challenging a recently published book, that claimed to rebut the report of the United States Senate Intelligence Committee on the CIA's use of torture.

Update Required To play the media you will need to either update your browser to a recent version or update your Flash plugin.
Download audio file
Topic tags:
Energy/Natural Resources, Environment/Climate, Global Affairs, Government/Politics, History, War/Peace