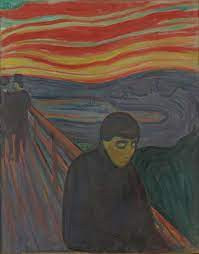 Jon Nelson hosts this July 4 episode of the Old Mole, which includes the following segments:

Despair: Disappointed? Disgruntled? Depressed? Demoralized? Despairing? By the Supreme Court decisions? By Trump remaining a viable candidate in 2024? By the police regaining public support by fearmongering? Bill Resnick and Jan Haaken discuss these and other grim developments and how to regain footing and feel confident and purposeful. What are our legitimate grounds for hope?

Breaking Clean: Book Mole Larry Bowlden reviews Breaking Clean, a memoir by Judy Blunt. The book offers a set of stories as snapshots that form the life of a Montana ranch-woman and her struggles to get an education and to write while raising three children.

War and Fireworks: Sharon Grant reads excerpts from the article Rethinking the 4th of July by Bill Bigelow, from the July 2, 2018 Zinn Education Project website. "Apart from the noise pollution, air pollution, and flying debris pollution, there is something profoundly inappropriate about blowing off fireworks at a time when the United States is waging war — and underwriting war — with real fireworks around the world... the yahoo of fireworks also turns an immensely complicated time in U.S. history into a cartoon of miseducation. Bill Bigelow is curriculum editor of Rethinking Schools magazine and co-director of the Zinn Education Project.

What is Democracy? Movie Moles Jan Haaken and Frann Michel review the Film "What Is Democracy," which played at the Portland International Film Festival in March of 2019. Director Astra Taylor uses interviews and an examination of the politics of immigration in the US and Europe to illuminate questions and concerns about the health and survival of Democracy. This segment originally aired on March 18, 2019.

END_OF_DOCUMENT_TOKEN_TO_BE_REPLACED

Roe on the Rocks
Barriers in Tennessee

Free Culture Radio
An Interesting Time To Be Alive

Rural Roots Rising
Anyone Can Be An Organizer