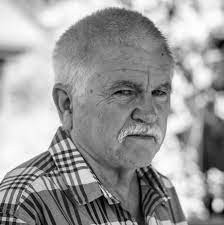 Jan Haaken and Mike Snedeker pay tribute to Mike Davis, the Southern California based author, activist, urban theorist and historian who is in the late stages of terminal cancer. Davis is  the author of Planet of Slums, City of Quartz, In Praise of Barbarians, and more than a dozen other books. As a journalist and essayist, Davis has written for a number of left publications including The Nation, Jacobin, and New Left Review.  A professor emeritus at the University of California Riverside, Davis's education was punctuated by stints as a meat cutter, truck driver, and he briefly studied at Reed College in the mid-1960s before pursuing his academic career in earnest in the early 1970s.

Update Required To play the media you will need to either update your browser to a recent version or update your Flash plugin.
Download audio file
Topic tags:
Activism