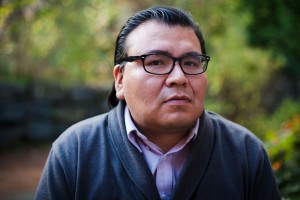 Featuring the quintessential outsider: a Native American living in his Native America. We take a walk through the Whitaker Ponds Nature Park with poet Trevino Brings Plenty who talks about life as a native, life as an American, and how he explores those dualities in verse, embedding his writing with fiction and reality.

Introduction features illustrator and actor Adam Lisser, who realized early on that he wasn't like most other people, and then he learned to embrace it.

All of the music in this episode was written and performed by Trevino Brings Plenty.