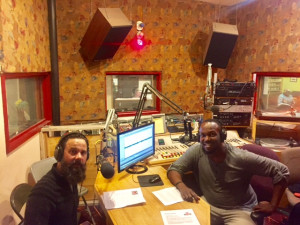 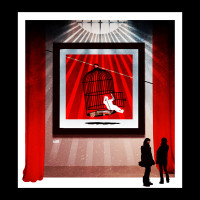 Host James Dixon talks with Shawn Lee - the director for Caught which is being produced at Artist's Repertory Theatre. Caught is a show centered around a Chinese dissident artist that combines visual art and live theatre installations. Caught is presented in partnership with Portland's Geezer Gallery, and features dozens of collaborators including playwright Christopher Chen.

Artists Rep’s production of Caught is intended to be a theatrical puzzle that will unfold for audiences when they attend. The play grapples with today’s lightening rod issues about truth in media. From fake news and manipulation of truth to public gullibility, and from cultural appropriation to race-influenced perceptions, this production of Caught takes the playwright’s intentions to the furthest edge.

The art installation which also features Portland's Chinese-American artists may be viewed throughout October in the Morrison Lobby at Artists Rep, Tuesday through Sunday, noon to 6pm. The visual art exhibit will open one hour prior to the show – early arrival is suggested. An audio tour of the exhibit, narrated by Resident Artist Susannah Mars, will be available for download.

“Caught takes an unusual approach to craft the audience experience,” said Dámaso Rodríguez, Artists Rep Artistic Director. “We acknowledge this makes it tricky for press to not report on the spoilers and maintain objective truth. We ask that reporters use their best judgment in describing this performance and with the intention of letting audiences experience it for themselves.”