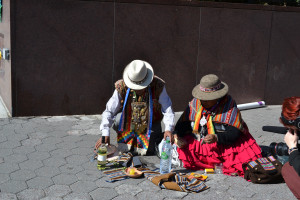 A Speedy Trip from Caffeine to Cocaine and Beyond

On this installment of Free Culture Radio, we're going to talk about stimulants. I thought about easing into this subject by doing a show about coffee. I mean, I live in Portland Oregon, and some stereotypes are earned. Portland is where I learned how to drink coffee, there are many fine coffee shops and coffee roasters in the Portland metro area. There’s a cup of strong coffee next to me as I type this.

Yeah, coffee would have been the easy way to start this. Never have done things the easy way though, I mean, what fun is that? So we’ll do coffee later. No, on this edition of Free Culture Radio, we’re going to start the conversation about stimulants by talking about Tina. You know, Tina. Crystal. Ice. Addy. Bennies. Uppers. Speed. Amphetamine, methamphetamine, and their analogs.

Some argue that substance use patterns are cyclic, like a roller coaster: uppers, followed by downers, then back again. Speed, then heroin, then cocaine and crack, then pain pills, then crystal meth, then pain pills and more heroin. If that's true, then we should soon see a resurgence in stimulant use.

Others argue that there are always people using both stimulants and depressants, and it's just that policymakers, law enforcement, and the media keep shifting their focus from one to the other. After all, stimulants range from legal and illegal amphetamine, through caffeinated coffee and tea, through cocaine and crack. Even at the height of the so-called "opioid crisis," people in the US and around the world continue to use all those drugs.

Yet still: stimulant culture? Absolutely. Cocaine and crack are derived from coca, a plant that has been grown and consumed for thousands of years by indigenous peoples living in the Andes. MDMA ("Ecstasy") is not only a popular party drug on the electronic dance music scene, it's also a ring-substituted amphetamine analogue. And of course, one can never forget the coffee shops.

We start our examination of stimulant culture with a discussion about harm reduction for people who use stimulants, from a panel on that subject at the recent Drug Policy Alliance International Reform Conference. That panel included: Mike Discepola with the San Francisco AIDS Foundation, Mindy Vincent with the Utah Harm Reduction Coalition, Isaac Jackson with the Urban Survivor’s Union, Shilo Hassan Jama with the People’s Harm Reduction Alliance, Daniel Raymond with the Harm Reduction Coalition, and the moderator, Lindsay LaSalle with the Drug Policy Alliance.

Update Required To play the media you will need to either update your browser to a recent version or update your Flash plugin.
Download audio file
Topic tags:
Drugs, Health, Social Services