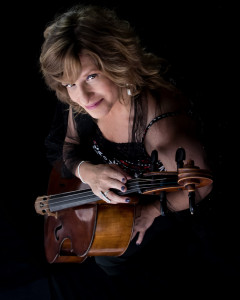 She worked in musical theatre and global music performances, including The Rumi Concert with Coleman Barks. She made several acclaimed albums, including working with Guitarist Larry Mitchell.

Dawn's original soundtrack and recording, Crane, is part of the Ibex Puppetry show Ajijaak on Turtle Island, produced by Heather Henson. Ajijaaks story puts forward visions from indigenous communities to reach the next generation of storytellers and change-makers.

Dawns latest recording is Beloved on the Sufi theme of spiritual love, integrating its message with her Mohawk heritage, that values gratitude for all of creation, peacefulness with all our relations, and hope for generations to come.

About Sprouts:
Sprouts: Radio From the Grassroots is a 29-minute weekly program coordinated out of the Pacifica Affiliates office, dedicated to showcasing radio content produced at community radio stations and independent production groups. Sproutscelebrates grassroots voices and is renowned for bringing diverse topics to national and international audiences. It is an open door for grassroots radio producers who wish to easily get widespread attention for a particular production, story, or issue.

END_OF_DOCUMENT_TOKEN_TO_BE_REPLACED

Film at 11
More music and Reel Music from KBOO's Rick Mitchell, and others on Film at 11