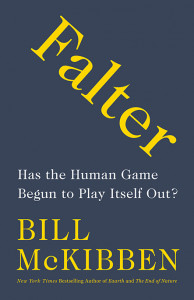 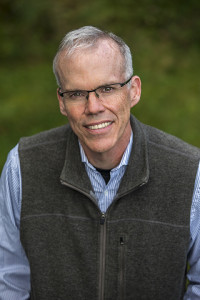 Thirty years ago Bill McKibben offered one of the earliest warnings about climate change in his groundbreaking book The End of Nature, which was the first book to alert us to global warming. In his latest book FALTER: Has the Human Game Begun to Play Itself Out? McKibben warns us that the danger is broader than that: even as climate change shrinks the space where our civilization can exist, new technologies like artificial intelligence and robotics threaten to bleach away the variety of human experience.

On this episode of Locus Focus, we’ll hear an interview with Bill McKibben recorded on May 3 while he was in Portland for an appearance at Powell’s Books.

Bill McKibben is an author and environmentalist who in 2014 was awarded the Right Livelihood Prize, sometimes called the ‘alternative Nobel.’ His 1989 book The End of Nature is regarded as the first book for a general audience about climate change, and has appeared in 24 languages; he’s gone on to write a dozen more books. He is a founder of 350.org, the first planet-wide, grassroots climate change movement, which has organized twenty  thousand rallies around the world in every country save North Korea, spearheaded the resistance to the Keystone Pipeline, and launched the fast-growing fossil fuel divestment movement.