Rain in Case of Emergency 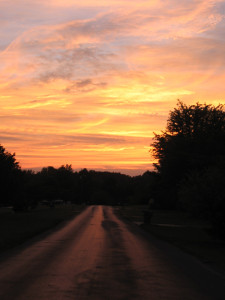 A thunderstorm in your back pocket

And good evening Portland you're listening to KBOO 90.7 FM, and K282BH Philomath 104.3 FM, K220HR 91.9FM Hood River. I hope you're having a good night and good Pride and cheers to those heading out to Popmob tomorrow to continue dancing for the resistance. I hope you have fun and stay safe.

You're listening to Threshold Shift where we give the mic to nature and amplify Earth. I am your host Nicole Martin, and I had a, a show put together for you tonight and then due to an unfortunate operating system glitch during the back up...you know, I just, I just made a new show. I made a new show. So hopefully at the end of August you'll get the original show, which was going to be exploring some sound art and some psychoacoustics surrounding A=432. But, in the meantime, we had some really awesome thunderstorms the other day, you know they remind me of my youth. I grew up on--well, I was born on the east coast and grew up in the northwest so not used to having the thunderstorms like that here. But it did get me thinking about it, got me thinking about climate change, also got me thinking about the fact that it's, I don't know, over 100 degrees in a lot of Europe right now. So, I'm trying to appreciate what we have and trying to find ways to help my friends over there stay cool or feel cool. So we're just going to hop right into it, we've got a long, slow burn this evening and it's just going to be a rainstorm. These tracks were originally used in a 2012 sound design I did for Rorschach Theater for Abi Basch's Voices Underwater...had to make the house flood, so it had a rainstorm going the whole show. I've recomposed some of those tracks and we're going to be listening to that tonight. So keep cool, take a deep breath and then we'll be ready for more dancing tomorrow.

Track Description: [sounds of crickets and frogs gently being over taken by light rain patters followed by a building thunderstorm which passes overhead and begins dissipating until it is out of hearing range whereby the crickets and frogs return again to the field.]

And once again you have been listening to Threshold Shift on KBOO 90.7 FM. I am your host Nicole Martin and you have been listening to the sound designed rainstorm tracks from 2012's Voices Underwater by Abi Basch produced by Rorschach Theater. Usually I just play longform field recordings, but tonight we had something a little bit special and I decided I'd give you an Emergency Rainstorm in case you need it for any of those hot days coming up. If you'd like to join us again in August, we'll be exploring the mysteries of 432 as well as some more ultrasonic cricket tracks. So thank you again for joining me and thank you as always for listening.

Update Required To play the media you will need to either update your browser to a recent version or update your Flash plugin.
Topic tags:
Environment/Climate, Science/Technology, Global Affairs, Community Building
Genre(s):
Environment/Sound Art, Experimental