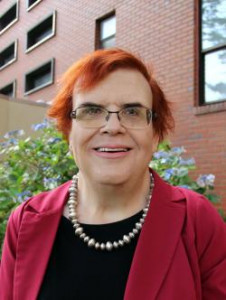 This week on Transpositive PDX

Claire Hall was elected as a Lincoln County Commissioner in 2004 and re-elected in 2008, 2012 and 2016. Her professional experience prior to her election as a commissioner includes staff positions at KBPS public radio in Portland; the Newport News-Times; KZUS radio, Toledo; and Yaquina Bay Communications, Newport.

Hall has been appointed to the Oregon Housing Stability Council. She previously served on the Governor’s Council on Alcohol and Drug Programs and was its final chair. She was co-chair of the Oregon Ending Homelessness Advisory Council. In 2018 she transitioned in the midst of serving her term in office.  Her transition was documented by the Oregonian.

Transpositive is a monthly program in Portland exploring themes important to those who identify as Transgender, Gender Non Binary and Gender Non-Conforming. Transpositive tries to connect listeners with the ongoing activist, arts, culture, and dialogue happening in Portland and beyond.

Transpositive PDX is open to new and experienced programmers, guests and events you want our community to know about. We are an open collective. Anyone identify as trans, gender non-binary, gender fluid is welcome to be part of our collective after completing some basic free radio training. For more information contact Emma at transpositivepdx@gmail.com

Update Required To play the media you will need to either update your browser to a recent version or update your Flash plugin.
Topic tags:
Gender, LGBTQ