Interview with Paige Kreisman, Transgender Candidate for OR House District 42 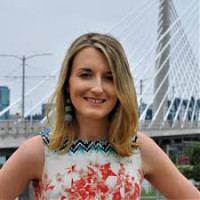 Please join us this Tuesday at 6pm on Transpositive PDX on KBOO Community Radio for Transpositive PDX as we talk with Paige Kreisman, a transgender woman and lobbyist with the DSA who is running for Oregon State House District 42. Kreisman was raised in rural North Carolina in "an abusive, transphobic, evangelical baptist home."  At the age of 17 she join the army.  After serving in the military for three years she was forced out by the Trump administration's ban on  transgender military personell.  She moved to Oregon where she attended school.

Paige describes herself as "an organizer, activist, and legislative advocate."  She currently serves as the electoral and legislative co-chair of the Portland Democratic Socialists of America and is a board member of Portland Tenants United.

Transpositive is a monthly program in Portland exploring themes important to those who identify as Transgender, Gender Non Binary and Gender Non-Conforming. Transpositive tries to connect listeners with the ongoing activist, arts, culture, and dialogue happening in Portland and beyond.

Transpositive PDX is open to new and experienced programmers, guests and events you want our community to know about. We are an open collective. Anyone identify as trans, gender non-binary, gender fluid is welcome to be part of our collective after completing some basic free radio training. For more information contact Emma at transpositivepdx@gmail.com