I’m Crazy Because They Say So: Gaslighting in “Mental Health," with John Herold 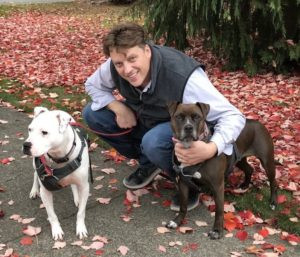 First Wednesday focus on the politics of mental health and liberation

The term 'gaslighting' has recently gained greater currency in the age of Trump and 'fake news,' but its colloquial use to describe efforts to manipulate someone's perception of reality go back to the 1960's. Originally based on the 1938 play "Gas Light" and its two film adaptions, most famously the 1944 version directed by George Cukor and starring Ingrid Bergman, 'gaslighting' refers to the way the husband systematically manipulates his wife (Bergman in the film) to make her think she's going insane so he can gain control of her property.

Guest John Herold, MA a speaker and Hearing Voices network facilitator in Gig Harbor, Washington, will be speaking at this month's Rethinking Psychiatry event (Wednesday, December 4, info below) on the topic, I’m Crazy Because They Say So:Gaslighting in “Mental Health” He will explore:

Herold has experienced altered and extreme states of consciousness and was involuntarily hospitalized in 2012. John is the founder of Puget Sound Hearing Voices, now in its fifth year of weekly meetings. He is passionate about spreading non-pathologizing ways of understanding experiences that often get called mental illness. John completed a master’s program in Process Work in 2017 and is the recipient of a grant from the Foundation for Excellence in Mental Health Care to support the growth of the Hearing Voices Network in the Pacific Rim. Learn more about John’s work at www.johnherold.net and www.pugetsoundhearingvoices.org.

You can watch a talk John gave at the Peercopalypse Conference in Salem, May 21, 2019, "An Introduction to Gaslighting and How to Fight It":

Update Required To play the media you will need to either update your browser to a recent version or update your Flash plugin.
Download audio file
Topic tags:
Activism, Civil Rights/Human Rights, Health

END_OF_DOCUMENT_TOKEN_TO_BE_REPLACED

Evening News
Where Beaverton City Council lacks responsiveness to the community, Sunrise picks up the slack with open mic

The World of Jazz
The Lost Album of John Coltrane Revisited