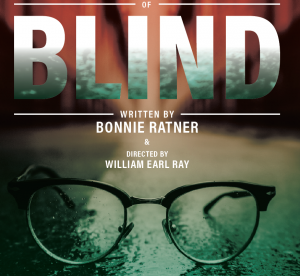 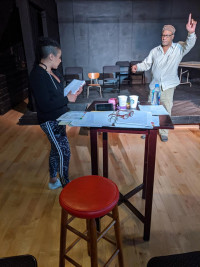 Dmae starts the new year off with the first of three shows featuring original works during the Fertile Ground Festival. Debuting before the festival is BLIND, the world premiere of Bonnie Ratner's new play produced by the Chapel Theatre Collective. We'll talk with Bonnie, her director William Earl Ray and Jason Glick who stars in the play and is the artistic director of the Chapel Theatre Collective. BLIND runs Jan. 17-Feb. 9, 2020.

Synopsis: It’s 1967. Harold Stein travels from his home on Long Island to his small shoe store in a predominantly black Brooklyn neighborhood. Fearful of being robbed, or worse, Stein operates his store behind a locked door while his wife, Sylvia, remains trapped at home by her own demons and a culture that denies her dreams.

Millie True and her son, Jimmy, live in the Brooklyn neighborhood where Stein sells shoes. When Millie witnesses a friend of Jimmy's trying unsuccessfully to buy a pair of shoes in Stein's store, the ensuing events challenge not only Stein and the community but also those of us who bear witness to his journey.