Sitting down with PETA founder and president Ingrid Newkirk 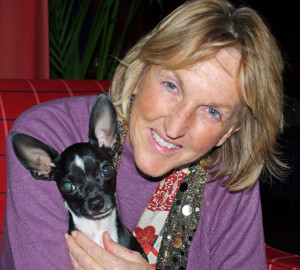 Ingrid has run the world's largest animal rights organization for 40 years. Let's learn from her perspective and hear about her new book, "Animalkind."

Ingrid Newkirk is the legendary founder and president of People for the Ethical Treatment of Animals, or as most people know it, PETA, which is about to celebrate its 40th anniversary this March. With about 400 employees and 6.5 million supporters worldwide, PETA is the largest animal rights group in the world.

Since it was founded, PETA has exposed horrific animal abuse in laboratories, and their campaigns have led to canceled funding, closed facilities, seizure of animals, and charges filed by the U.S. Department of Agriculture. PETA has also closed the largest horse-slaughter operation in North America, convinced dozens of major designers and hundreds of companies to stop using fur, ended all car-crash tests on animals, reformed problematic animal pounds, helped schools switch to alternatives to dissection, and provided millions of people with information on vegetarianism, companion animal care, and countless other issues. PETA's slogan is, "Animals are not ours to eat, wear, experiment on, use for entertainment, or abuse in any other way."

Ingrid was in Portland to promote her new book, "Animalkind: Remarkable Discoveries About Animals and Revolutionary New Ways to Show Them Compassion," available now wherever books are sold.

If you would like to learn more about PETA and Ingrids work, visit the PETA website here: https://www.peta.org/

Update Required To play the media you will need to either update your browser to a recent version or update your Flash plugin.
Download audio file
Topic tags:
Activism, Animals, Agriculture, Food, Global Affairs, Health