Bernie: Can He Win? What if He Wins? 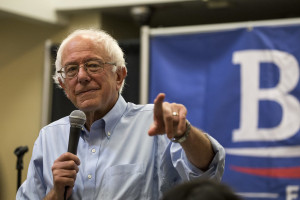 Bill Resnick talks to Norman Solomon about Bernie, his campaign, the treachery of the Democratic Party establishment, and how, if Bernie were to win the nomination, he would face a conservative Congress, with most Democratic Party Congresspeople being moderates sensitive to the needs of capital.

Image of Bernie Sanders by Phil Roeder  [CC by 2.0]

Update Required To play the media you will need to either update your browser to a recent version or update your Flash plugin.
Download audio file
Topic tags:
Activism, Government/Politics