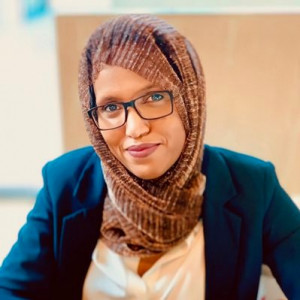 "I think people in Washington County are ready for change, they're ready for new perspectives. They're ready for communities who have been left behind to have a seat at the table ...  and to elect me, I'm honored to carry [that] forward."

Fai is an expert in the field of public health, and she helped to found the Pan African Festival in Oregon. She's also a small business owner on the Portland Business Journal's 40 Under 40 list.

Her platform rests on affordable housing, addressing traffic congestion and bringing prosperity home to all residents of Washington County. Fai herself is a refugee from Somalia, who has ben living in Oregon for 22 years, and built her family and business in Aloha.

If elected, Fai would be the first woman of color to hold county office in Washington County. She spoke with KBOO's Charles Shambry about what that would mean to her, and her top priorities for the county.

END_OF_DOCUMENT_TOKEN_TO_BE_REPLACED

Too Much Information with Abe and Traci
Double jeopardy

The Monday Sampler
Strangers on a Train