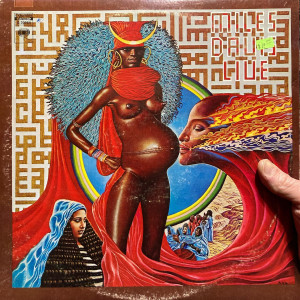 When Miles Davis went electric at the end of the sixties it both alienated a huge swath of his jazz audience and also attracted a massive new audience from the funk and rock worlds which drew cries of "sell out." As this two-hour special shows, while Miles' electric period can be challenging and opaque, it is far from a concession to commercial interests. While Miles is known for his classic quintets, during his electric period he piled on bassists and drummers topped off with torrents guitar noise, intent on creating a groove experience inspired by Sly Stone, James Brown and Jimi Hendrix, listening interests Miles picked up from his young second wife Betty Davis. Miles made it clear be wanted his music to be listened to by the Black youth, but Columbia records failed to market this material to his intended audience and much of this material fell on uncomprehending ears at the time. How will yours fare when Miles turns it up to eleven?

Update Required To play the media you will need to either update your browser to a recent version or update your Flash plugin.
Topic tags:
Music
Genre(s):
Electronic, Jazz, Experimental

END_OF_DOCUMENT_TOKEN_TO_BE_REPLACED

Century Of Lies
A Health-Based Approach