Pump the brakes - PPB's policy change on minor traffic stops should be considered in context: conversation with CNBSeen's Don Merrill 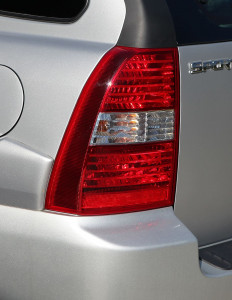 In June, Portland Police announced that they wouldn't be stopping drivers for minor violations, like broken tail lights or expired tags anymore.

Mayor Ted Wheeler cited the racial disparities in who is stopped by the cops - Black Portlanders are way over represented. But that may not explain the full context of the decision.

KBOO's Althea Billings spoke with Don Merrill of the non-profit, CNBSeen. Merrill's non-profit offers to fix broken bulbs free of charge, in an effort to keep people of color from having unnecessary run-ins with the police, run-ins that can turn dangerous.

Update Required To play the media you will need to either update your browser to a recent version or update your Flash plugin.
Download audio file
Topic tags:
Activism, Movement for Racial Justice, Police

END_OF_DOCUMENT_TOKEN_TO_BE_REPLACED

Policy For The People
One big corporation keeps us from having a free, simple tax filing system