Roe On The Rocks: Episode 5 Barriers in Tennessee (continued) 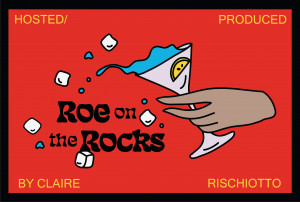 The "Roe on the Rocks" podcast, executive produced by KBOO's Claire Rischiotto, takes a look at how Oregon, a state with some of the most progressive abortion laws in the nation, will be impacted if Roe is overturned by the U.S. Supreme Court. While abortion is legal in Oregon, it is not accessible for all—especially those who live upwards of four hours away from a clinic that provides abortion services.

For Oregonians living on the eastern border, a one-hour drive or less to Idaho is far more manageable in order to receive the care they need. However, this requires following strict Idaho laws including a 24-hour waiting period before an abortion procedure can be performed and receiving what is called "informed consent:" being offered an ultrasound of the pregnancy and a state-created pamphlet describing fetal development and the risks of an abortion procedure.

If the U.S. Supreme Court decides in spring 2022 to uphold Mississippi's 15-week abortion ban, 12 states, including Idaho, will automatically ban abortion, forcing Eastern Oregonians to travel long distances for abortion healthcare services. The ripple effect of overturning Roe will also lead to a 234 percent increase in out-of-state patients in Oregon seeking access to abortion services, according to Planned Parenthood Advocates of Oregon.

In this episode -- Barriers in Tennessee (continued)

Update Required To play the media you will need to either update your browser to a recent version or update your Flash plugin.
Download audio file
Topic tags:
Civil Rights/Human Rights, Government/Politics, Law/Court/Crime, Health, Social Services

Locus Focus
The River That Runs Through Portland