The Non-Violent Path of Cesar Chavez 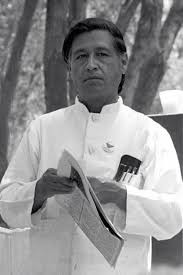 Cesar Chavez has made it to the big screen. Millions of people are now learning about the legendary farmworker organizer. But where did Chavez get his organizing philosophies?

This week, Paul Ingles and Carol Boss of Peacetalks radio take us down The Non-Violent path of Cesar Chavez , through conversations with Chavez colleague and friend Delores Huerta, and Jose Antonio Orozco, author of the book, Cesar Chavez and the Common Sense of Nonviolence.