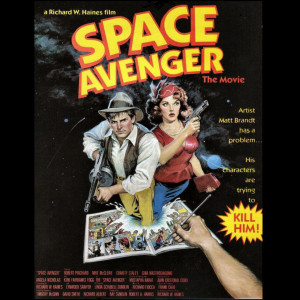 Poxy and Ragan interview Richard W. Haines (Splatter University, Class of Nuke 'Em High, Head Games,  etc.) about his 1989 Sci-Fi cult classic, SPACE AVENGER. For this film, Richard would use the dye transfer process, which was initially developed and marketed by Technicolor until 1975. In 1989, Richard would travel to China, where he would complete his prints at the Beijing Film Lab, which was the only location currently using this dye transfer process by that time. Richard would go on to write several books, one of which covered Technicolor Movies and the history of dye transfer printing. It is this book, Technicolor: The History of Dye Transfer Printing, that Poxy and Ragan also discuss at length as they and Richard dive deep into the history of Technicolor movies and how they were created.